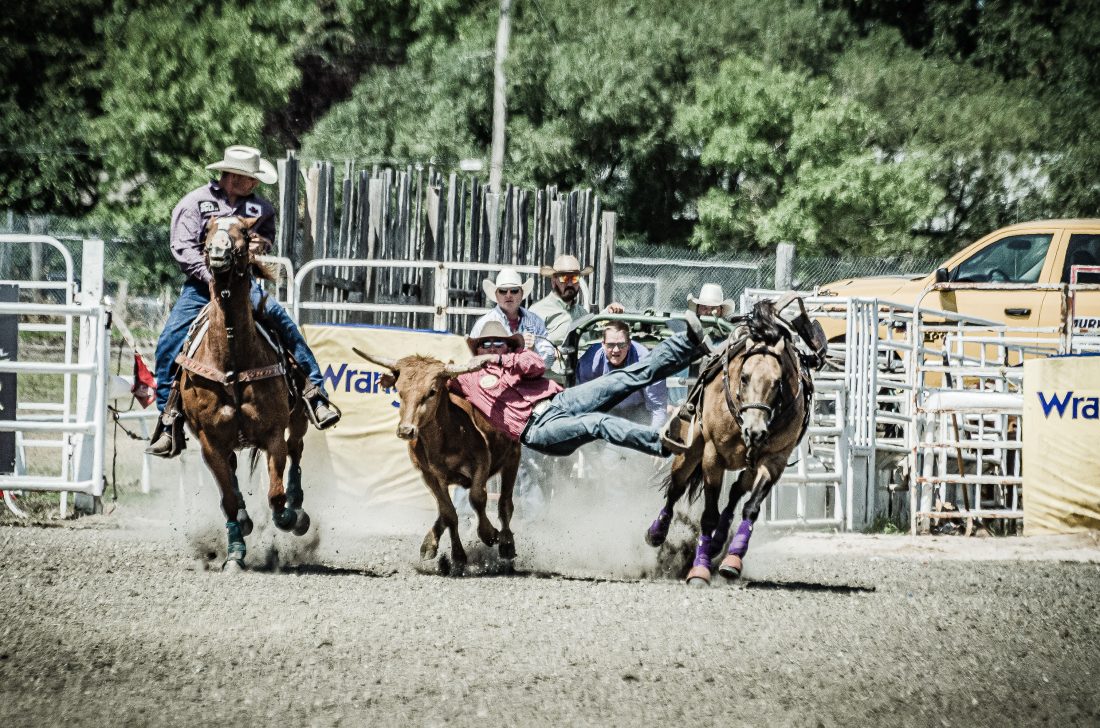 Timing, co-ordination and strength are essentials for a steer wrestler. The steer is given a headstart and must cross the scoreline before the rider breaks the barrier (a rope) of the starting box. If the rider does break the barrier prematurely, ten-seconds are added to his time.

Coming out of the starting box, the horse runs alongside the steer and is trained to run on by as the steer wrestler reaches for his steer. With a firm grip on the steer’s right horn, the cowboy hits the ground with his legs extended forward, brings the steer to a dead stop and then using his left hand as leverage under the steer’s jaw, he throws the steer off balance and wrestles it to the ground. The steer must be flat on its side before official time is taken. This event requires an extra horse ridden by a hazer, whose job it is to keep the steer running as straight as possible.