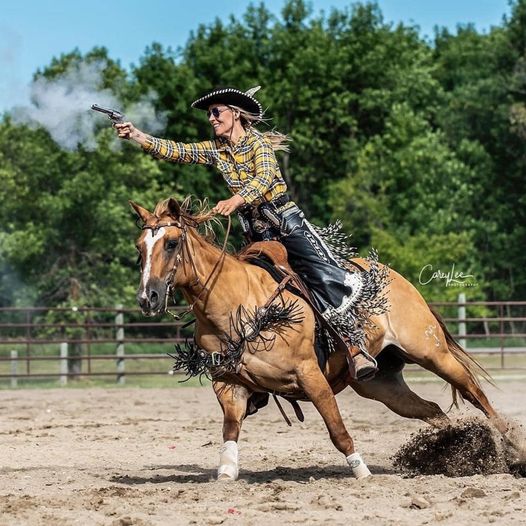 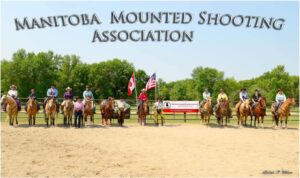 Cowboy mounted shooting is a timed event. It uses a set of 10 balloons attached to stands, set in one of more than 50 approved patterns. The patterns can include such maneuvers as turning around a barrel, switching direction and going through a “gate” or relatively narrow opening. The balloon patterns often include a “rundown” – a line of five balloons set on a straightaway.

A rider uses two .45-caliber, single-action revolvers, each carrying five rounds of black-powder blanks that have an effective range of 10-15 feet. The rider must cock the gun before each shot. After five shots, the rider must holster his first gun and unholster his second while on the run. There are time penalties for missing a balloon.

There is also a rifle class, which requires one pistol and one .44-40 rifle. The rider shoots five balloons with the pistol then switches to the rifle for the final five balloons. 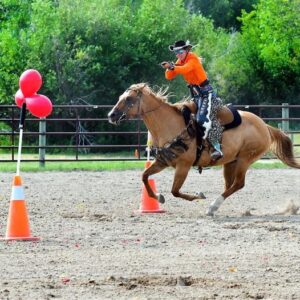 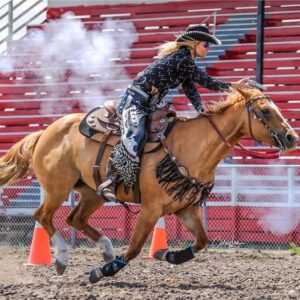 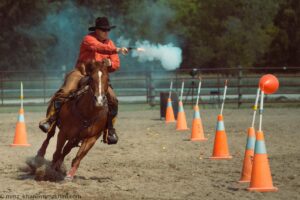 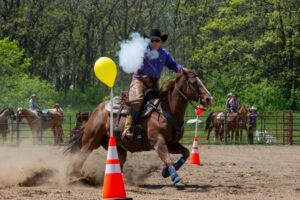 Competitors Click here to book your stalls and camping pass!

EquineStraw from HealthiStraw will be available for purchase onsite for competitors!